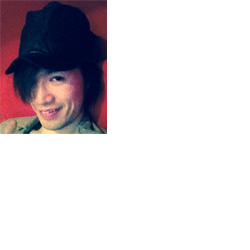 I have often told the people dear to me about life comparing to a video game since I was in junior high; “Life is just like a ‘Dragon Quest.’ When you confront the final battle with the strongest boss, I won’t be in your ‘final party’ after all, so you don’t have to worry about me, I would love you to think of yourself first with the senario I am not in.”

Actually the party members are frequently replaced to new ones in this game; moreover, the magician who joins in a party at the beginning of the game betrays the hero in the middle stage while the best friend/soldier to the hero dies protecting him from dying before the climax.

Everyone I told my “Dragon Quest Theory” has given me a sad look.

What I wanted to say was, “Nothing stays unchanged, including people, or especially the people.”

Not only losing him or her but also earning an enemy out of friends if I ignore the fact that things change.

Therefore, at least I always have to make preparations for living and dying lonely.